Faced with tougher and tougher online competition, traditional retailers are scrambling to find ways to exploit the advantages of real-world sales that e-commerce vendors can’t easily duplicate, such as taste and feel – and smell. Strong scents brighten attitudes and open wallets, and a recent study shows that the right scent at the right intensity can increase sales by nearly a third.

Background music, lighting and interior decoration are all well-established tools retailers use to put consumers in the mood to buy, but scent is further out on the sensory frontier. Businesses have always used scent to influence customers – think of bakeries – but in recent years, the science has become much more advanced. The Mirage Casino in Las Vegas, the Magna Plaza shopping mall in Amsterdam, and most of the theme parks in Orlando, Florida, use scent to attract customers. Consultancies have even sprung up that offer advice on the best scents for particular businesses to use.

However, academic researchers know relatively little yet about the dynamics of scent as a strategic marketing tool beyond a fairly broad understanding that, unsurprisingly, a neutral to pleasant scent can have a positive effect on the customer’s mood or trigger memories.

As scholars interested in marketing management, consumer behaviour, and innovation, we thought this gap between business practice and research smelled like a rare opportunity. Academics and retailers alike have many questions about the use of scent, and only a limited number of studies have considered the specifics of how scent affects consumers.

Most researchers have found that a pleasant scent leads to better evaluations of the store and its merchandise, and increases the amount of money spent. People exposed to a pleasant scent also tend to underestimate the time they spent in a store. One researcher even observed more smiles on consumers after their exposure to a citrus scent in a sporting goods emporium.

But no one had worked out much on the impact of scent intensity on consumer behaviour. To find out, we found a supermarket in the Netherlands, part of a major chain, that was willing to allow us to conduct a real-world experiment on the relationship between scent intensity, customer mood, and sales.

“Not every scent is good for every situation: a scent that brings people out on a dance floor may be different than the one that keeps them in the grocery aisle.”

First we needed to find the right scent. When it comes to ambient or “background” scents, scholars have found that congruence seems to be important when the goal is to encourage a positive mood. By congruence, they mean that the scent must blend in with the surroundings. Not every scent is good for every situation: a scent that brings people out on a dance floor may be different than the one that keeps them in the grocery aisle. Consumers will notice non-congruent or mismatched scents, but generally not in a way that the retailer will like: a non-congruent scent may start them thinking about the weird smell itself and such thoughts may reduce the automatic emotional impact.

We asked scent experts for a recommendation of a scent that people would find pleasing in the context of a supermarket. They suggested that melon would be the best of all possible scents for our purposes. Melon smells are universally liked, they told us, and melon scent has the additional virtue of being safe, easily synthesised, and inexpensive.

Our goal was to find out whether the intensity of a scent affects consumer behaviour. Most earlier studies on ambient sent have compared the impact of scent and no-scent treatments, and on the whole, most found scent had a positive impact on customers’ moods and likelihood of purchase. Not much was known about scent intensity, however, except an intuitive understanding that there can be too much of a good thing, even when the scent is pleasant.

Using electrostatic aroma diffusers, we infused a melon scent at three different intensity levels on three different sets of Tuesdays and Wednesdays (the days with the most even foot traffic), and then measured the differences in shoppers’ moods, behaviour, and general opinions of the store.

For each intensity level, a total of 100 customers were observed and studied. In order to assess the actual time spent in the store, observers registered the arrival time of each potential respondent. When the observed respondent arrived at the checkout counter queue, the end time of the trip was registered. Upon leaving the shop, these customers were intercepted and asked to participate in a study evaluating the supermarket by completing a four-question survey at a location nearby, but out of sight of customers entering the store. Before the interception, there was no interference with the customers’ regular shopping trip.

We found that for the whole sample of 300+ respondents, the stronger the intensity of the melon scent, the more they purchased.

At the highest intensity level, 43 per cent reported that they had made an unintended purchase, compared to 33 per cent and 30 per cent at the medium and low thresholds. Overall, revenue from the high-intensity scent shoppers increased almost 14 per cent compared to the gross from the baseline group, but the medium intensity had only a 2 per cent impact on consumer spending. Shoppers during periods of high-intensity scent diffusion also had more positive things to say about the store and its products than those who visited during mid-intensity or low-intensity periods.

Interestingly, we also confirmed prior studies that suggested that scent affects consumers’ perception of time: at the highest intensity level, shoppers often underestimated their time in the store, while at the lowest level they overestimated the length of their visit.

“Shoppers spent 30 per cent more time in the store when the scent was strong compared to shoppers in a no-scent period. They also thought they had spent less time.”

Broken down by demographic, the results of our study were more mixed. Although men tend to have a weaker sense of smell than women, we found no significant difference in their responses from those of the average. Nor did we notice an age effect, although the ability to smell declines over age 50, but this was probably because we did not have many older shoppers in the sample.

The only sub-group that did have a stronger response than average was shoppers in a hurry. Marketers have long known that hurried shoppers tend to be in a worse mood than shoppers with time on their hands, but before this study no one had established that a strong pleasant smell could lead to a dramatic improvement in busy consumers’ moods.

For less hurried shoppers, who were presumably in a better mood when they walked through the front door, scent improved their mood only slightly. Interestingly, however, a strong pleasant scent still affected their behaviour, causing them to linger in the store somewhat longer than shoppers who visited on low-scent days, suggesting that scent still affects people who are already in good humour.

Our most important conclusion is that the intensity of the scent matters. We found that store evaluations and behaviour changed substantially only when the scent reached the high-intensity level. Evidently, the scent needs to be relatively strong to reach a large number of shoppers. The fact that we conducted the experiment in a supermarket may also have affected the scent intensity needed to produce the effects desired by retailers, as our melon scent had to contend with a cornucopia of smells.

Scent can be a powerful tool for retailers, but it is still imperfectly understood. Our study, however, suggests that the right scent at the right level of intensity represents a rare opportunity for brick and mortar stores to create a unique form of emotional market differentiation.

This article draws its inspiration from the paper: Ambient Scent as a Mood Inducer in Supermarkets: The Role of Scent Intensity and Time-Pressure of Shoppers, written by Mark A.A.M. Leenders, Ale Smidts and Anouar El Haji, Journal of Retailing and Consumer Services, available online 17 June 2016.

Mark Leenders is Professor of Marketing and Deputy Head of School (Research & Innovation) at the Graduate School of Business & Law at RMIT University in Melbourne, Australia (Email). 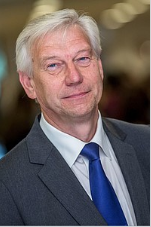 Prospective applicant can register online. After registering online, applicants will receive a registration confirmation. Applicants are required to send all supporting documents to the admission office before application can be processed.

You can find out more about which cookies we are using or switch them off in settings.

This website uses cookies so that we can provide you with the best user experience possible. Cookie information is stored in your browser and performs functions such as recognizing you when you return to our website and helping our team to understand which sections of the website you find most interesting and useful.

Strictly Necessary Cookie should be enabled at all times so that we can save your preferences for cookie settings.

If you disable this cookie, we will not be able to save your preferences. This means that every time you visit this website you will need to enable or disable cookies again.

This website uses Google Analytics to collect anonymous information such as the number of visitors to the site, and the most popular pages.

Please enable Strictly Necessary Cookies first so that we can save your preferences!